What is a Fixed IP Data SIM?

A Fixed IP SIM is a data SIM card with a Public Fixed (static) IP address. This provides a secure and reliable 2-way connection between you and your device from any location. Anvil’s new generation of multi-network SIMs will work on O2, Vodafone and Three UK networks at 2G, 3G and 4G LTE standards and selects the strongest signal at each site location. No matter which operator is being used, the Anvil SIM will retain the same Public Fixed IPv4 address. If the network initially chosen fails for any reason, the SIM will connect to the strongest remaining signal delivering resilience as well as maximum performance. As an option, our Fixed IP SIMs can be pre-configured with a router and dispatched in unison to provide a ‘plug & play’ service.

Anvil’s Fixed IP SIM cards have two main functions. One is to allow incoming traffic to be routed through the SIM to any device connected to a 3G or 4G LTE router. Number two is to provide a proof of identity so that applications and resources can be accessed, even when protected behind a corporate firewall, providing a secure yet flexible management service. Fixed IP data SIMS also remove the large financial expense of numerous physical site visits, fixed line broadband installation costs, manned control costs and general data reporting. Fixed IP Data SIMS are available on a huge choice of 75+ established global networks, and can be deployed either as the primary method of connectivity or for business continuity as a back-up for when broadband or leased lines fail.

We all see wind turbines on the hillsides, usually with the blades turning and generating electricity for the National Grid. Each of those wind turbines are connected via the internet to software based control systems, often in another country. For example, some turbines are monitored and controlled from head office locations in The Netherlands. The control systems are constantly changing the operational aspects of the turbine to maximise the power output based on the wind strength and direction. So, when the wind speed is low the gearing is reduced so that the blades still turn and when the wind increases the gearing goes up and the blades generate more power per revolution. There is a safety aspect to this as well which is to prevent the blades from turning so fast in high winds that friction causes the turbine to go up in flames. So, if the wind turbine loses its internet connection, the turbine shuts down for safety reasons. This loses the power generation and consequently the revenue from the generator. Now, wind turbines, in common with most renewable energy sources, are most likely to be located some distance from the nearest BT Openreach cabinet and installing a fixed line for internet connectivity would be prohibitively expensive. In most cases there would need to be digging in and running a dedicated cable and if roads were in the intended path, wayleave permissions would also be required. So, the timescales as well as the expense would be a major problem.

The solution is to install a 3G/4G router with an Anvil Fixed IP SIM card and an external antenna mounted on the mast. The external antenna is always required as the masts are of a metal construction which blocks the mobile signal in the control room of the turbine. A 3 gigabyte per month data allowance is sufficient to support the remote management and monitoring of the turbine. The result is that the wind turbines are on-line and both the revenue generation and clean energy keeps flowing.

Have the same remote management challenges as the wind turbines due to their rural locations, however, they often also need to support CCTV security cameras. Solar panels are easier to steal than most other forms of renewable electricity generating equipment and theft can be a significant problem. The addition of CCTV video traffic means that most solar farms allow for around 10 gigabytes of data allowance per month.

Again these are sited in locations where a fixed line internet connection can be prohibitively expensive and a Fixed IP 3G/4G Anvil Data SIM can be the easy and reliable answer. With Bio-Mass installation there is the added wrinkle in that it is necessary to monitor and receive alerts from two separate control systems. One control system is for the generation plant and the other for fuel supply management. Without the need for CCTV on site the normal data allowance would be 2-4 gigabytes of data – with CCTV at least 10 gigabytes of data allowance would be advisable.

There are several small-scale hydro-electric installations around the UK managed entirely using Anvil Fixed IP SIMs. Typically, these are miles away from the nearest BT junction box and the time and money to dig in new fixed lines is not a practical proposition. The data use characteristics are very similar to that of the Bio-Mass generators shown above. 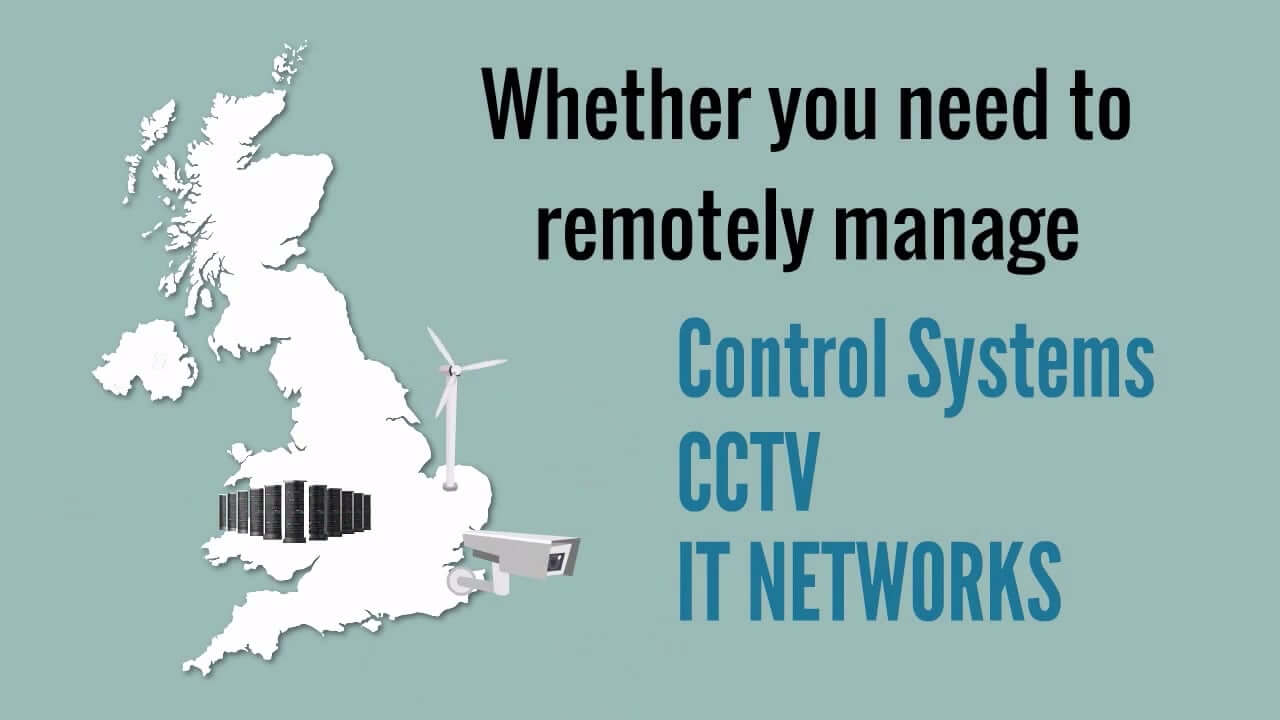 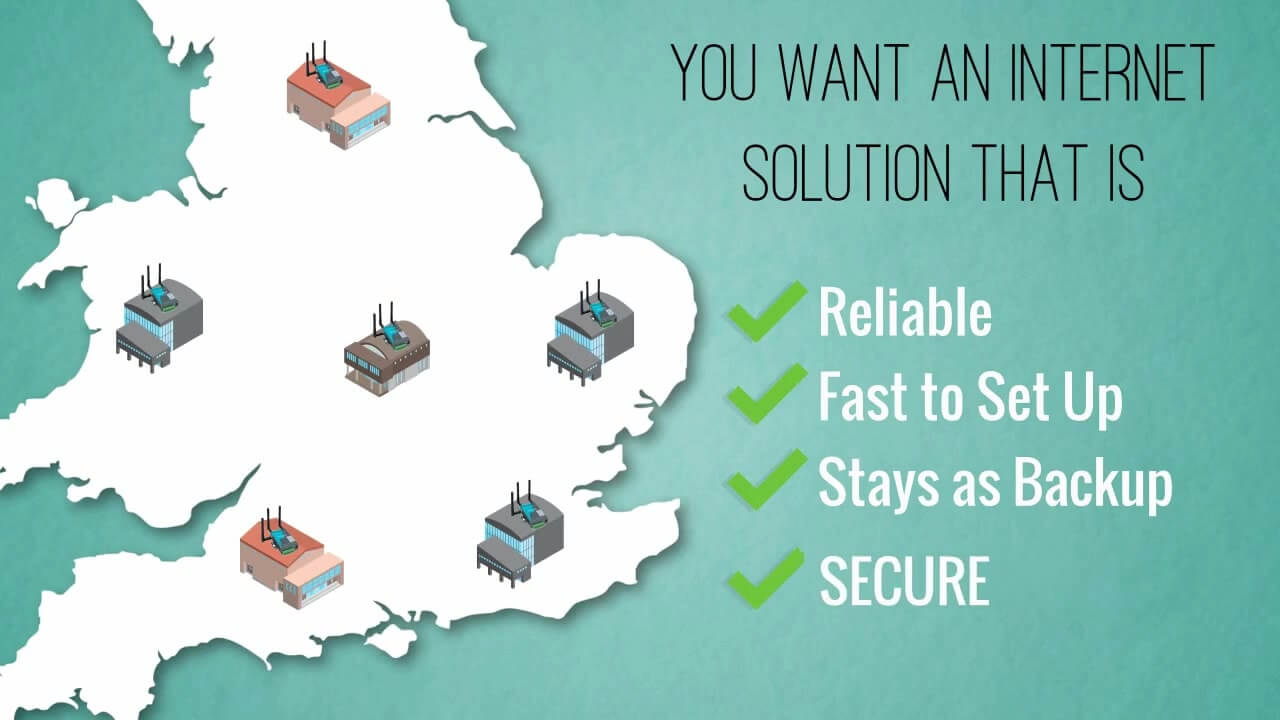 Lock down and control the internet  access of business users. Anvil SIMs can be incorporated into a managed VPN using private IP addresses with the data traffic securely delivered to our customers corporate network. This implementation allows for internet access to be controlled by forcing the connection through our customer’s corporate firewall and internet gateway so that users have the same protection and control as they would have if they were connected to the office network. If even greater control is required, Anvil SIMs can be programmed to only access a specific application and have no public internet access at all. This capability allows for general purpose devices such a a tablet PC to become a single purpose device ( SPD ) dedicated to a specific application.